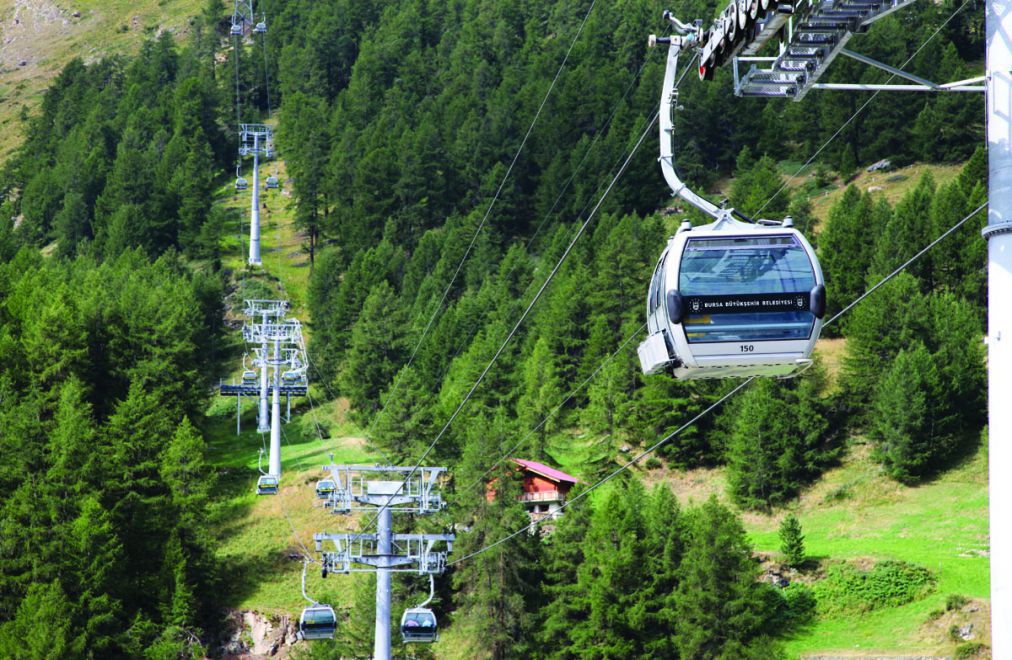 The city which is also known as “Green Bursa”!

Offers not only fresh air from the lush vegetation and the vast forests, but also all the advantages of a big city, by being one of the fourth biggest cities in Turkey!

Bursa is also famous for the textiles, peaches, chestnuts, silk and many other kind of industries. Moreover, the rich merchants of Silk Road contributed to its wealthness. Another well-known seesight, is the mountain Uludag which rise behind the city!

Relax few hours at a thermal spa bath or go for shopping to the silk filled bazaars!
It served as the first capital city of the Ottoman Empire, from 1326, when it was conquered from the Byzantines, until 1365 where the capital moved to Edirne, because at that time, the Sultans started to turn their attention to Europe.

Most of the historic sights of the city date back to this early period of the Ottomans. The famous Ulu and Green Mosque, reflects the style of Great Seljuk State!

Notes
–The route also includes an one hour transportation with ferry, to cross the Sea of Marmara. Bursa is one hour drive from Yalova
–Private tour is also available
–Duration of the Tour : approximately 15-16 hours

Travel to unique Cappadocia and admire all its unbelievable beauty! The fairy chimneys, the castles and the underground cities will amaze you… The tour begins at the beautiful Devrent Valley, where we wi...

Explore Ephesus! A place full of sights, history and beauty! Take part to the Biblical Ephesus Tour and get to know this famous ancient Greek city… The day trip starts with a visit to the House of...

The Gallipoli peninsula is one of the most sacred sites for the Turkish nation! Join this tour to Gallipoli from Istanbul and travel back to 1915! Upon arrival we will visit the waterfront where the dramatic na...